A new synthetic drug hitting the streets is claiming lives all across the country. U-47700, also called Pink, Pinky, or U4, has already caused at least 50 overdose deaths. These numbers are only expected to rise. 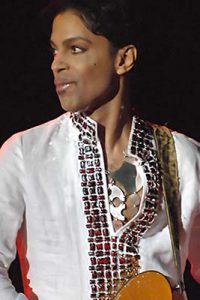 Recent fatalities include two 13 year boys from Park City, Utah. These two best friends got Pink from a 15 year old teen who ordered the drug online.

Chief of Forensic Toxicology Barry Logan at NMS Labs confirmed in September that both Pink and Fentanyl were found in the drug mix that killed legendary singer, Prince.

Pink, or U-47700 is a novel synthetic opioid created by an Upjohn chemist named Jacob Szmuszkovicz in 1976. Intended as a more potent but less addictive substitute for morphine, the drug was designed for patients experiencing severe pain. Szmuszkovicz’s long ago expired patent is readily available online and numerous labs, particularly those located in China, have been manufacturing the compound with varying degrees of purity and potency.

Nearly 8 times more powerful than morphine, its abuse parallels that of heroin, prescription opioids, and other novel opioids.

Law enforcement agencies report seizures of the drug in powder form and counterfeit tablets that mimic pharmaceutical opioids. Abuse of the drug often happens unknowingly to the user, and is encountered as a single substance as well as in combination with other drugs such as heroin and fentanyl.

Adding to its formidable potential for abuse, U-47700 is also being marketed disguised as other drugs. Some drug dealers mark their bags with stamped logos to give it the appearance of heroin. The drug can also be pressed into pill format and marketed as a wide variety of prescription opioids.

Because substances like U-47700 are often manufactured in illicit labs overseas, the identity, purity, and quantity are unknown, creating a “Russian Roulette” scenario for any user.

Responding to the imminent threat to public health and safety, the U.S. Drug Enforcement Administration (DEA) has placed U-47700 into Schedule I of the Controlled Substances Act, effective on November 14th. Emergency scheduling of dangerous drugs such as U-47700 on a temporary basis is one of the most significant tools DEA can utilize to address the problems associated with deadly new street drugs.

What makes the drug popular?

It really comes down to simple availability and price. Before the DEA’s move to add U-47700 to the list of Schedule I drugs, it was possible to purchase the drug easily online as a Research Chemical for as little as $30 per gram, compared to heroin which retails at approximately $150-200 per gram.